Ever wondered why the HTC One S and some new Sony phones have AMOLED screens? Traditionally associated to Samsung, this technology has apparently reached the wrong people, after some researchers at Samsung sold the info to the highest bidder. It’s industrial espionage folks… and it sucks! 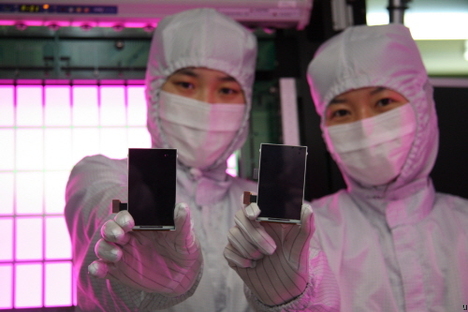 A 46 year old former researcher at Samsun Mobile Display has been arrested in Korea and other 11 employees detained. They leaked Samsung’s small mask scanning AMOLED display technology to the company’s rivals. Everyone wants to have and use the secrets of the AMOLED tech. A few Chinese manufacturers have been increasing AMOLED production lately and also building factories for next gen OLED technologies, so that explains it. Many have shifted focus from LCD to OLED and it’s all because of the espionage… that unnatural way to have your tech evolve.

A very interesting moment was when both LG and Samsung unveiled 55 inch OLED TVs around the same time frame… are you thinking what I’m thinking? I would pay to know which company is behind this and I have a bunch of suspects: HTC, Sony and LG, but without proof I can’t say anything.