Customizable cases are all the rage nowadays when handset manufacturers want to spend less on hardware and software and sell more units to teens and fashionistas. Designer Clement Logereau created a Nokia concept phone that adheres to this trend and features uber customization options, as far as the back side of its case is concerned.

By the way, did you notice the fresh design of our favorite site for futuristic phones, Concept Phones? Pretty neat! 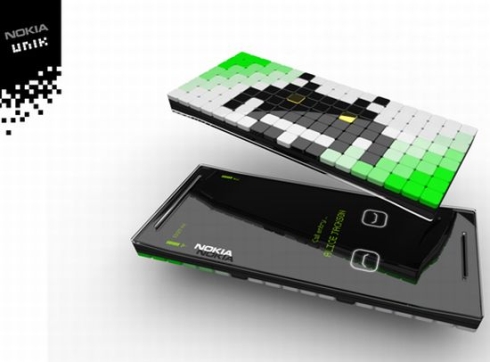 This is a fashion phone called Nokia Unik, with a back side made of 152 customizable small squares, that’ll you be able to switch in order to create new and cool patterns. Metal, rubber and other such materials are available, plus it turns out that major fashion brands like D&G or Nike could jump in and provide some customization of their own for Unik.

Would this sell better than a Samsung Corby? 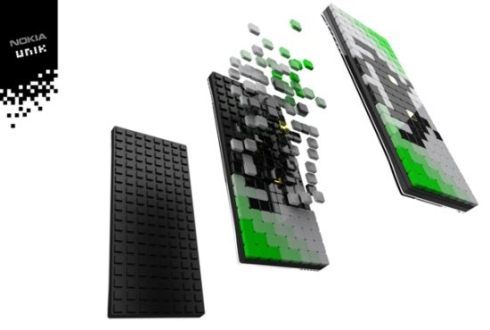 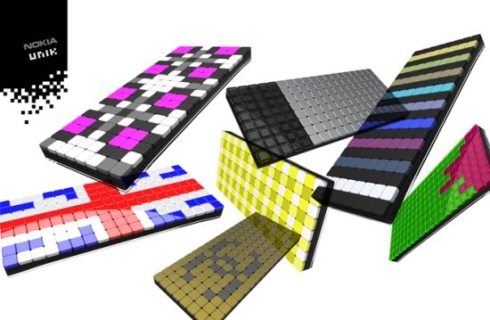