Time magazine has recently named Motorola the no. 1 gadget of 2009, making the new Android device surpass the very popular iPhone 3GS. The same publication claims that this is the first phone to challenge Apple’s smartphone to a real duel. 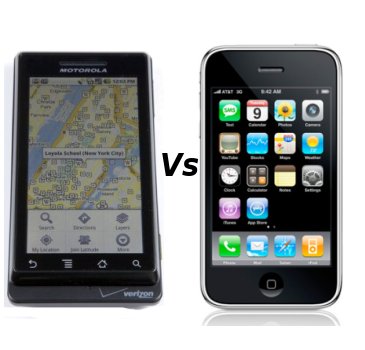 Droid is also considered the best hardware companion to Google’s Android OS, “a metal behemoth without the gloss and finish of the iPhone, but you don’t miss it”, says Time. They also praise the device’s touchscreen display, that’s sharp and vivid, plus the physical QWERTY keyboard, considered better than the iPhone’s virtual keyboard.

Moto’s new handset also takes full advantage of Verizon’s 3G network and it’s the first Android phone to really challenge the iPhone. In case you’re wondering, Apple’s phone made the list of top 2009 gadgets, but it came fourth, behind the Barnes & Noble Nook e-reader and the Dyson Air Multiplier. The thing that Time loved most about the iPhone was its increased speed, plus the better camera, compass and voice control.