Today, during Mobile World Congress 2009, Nokia unveiled the E55, “the world’s thinnest smartphone”. Well, the device is certainly thinner than the E71 and looks more usable/user-friendly than the E51, so they’ve done a good job. This is a compact QWERTY smartphone we’re talking about, but it’s only half the QWERTY we were expecting, since it packs a SureType keypad.

It’ll hit the shops this summer for 265 euros. 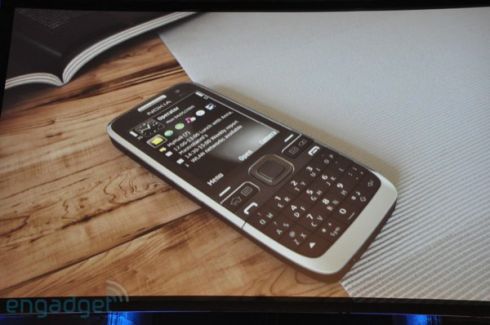