Nokia’s very first Windows Phone handset might be closer than we image, since there have been many leaks about it lately. One of them claims that the Windows Phone 7 Mango device will debut in 6 European countries this year and yesterday one of Nokia’s employees talked about this model “blowing our socks off”. 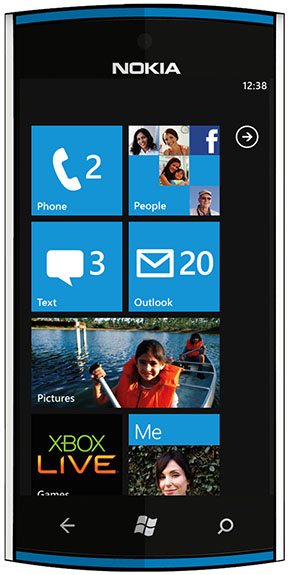 Victor Saeijs, Nokia Europe VP mentioned Netherlands as one of the first 6 nations to get the Nokia Windows Phone unit in 2011. The official had a small speech during the 2011 Mobile Telecompaper conference and mentioned the upcoming product. In Netherlands, smartphones stand for 80% of the handset market, so it’s a very good place to start with a new smartphones.

Other countries that will serve as the test ground for the newcomer are Germany, Italy, Spain, France and the UK. Now let’s see a proper launch date!