Given that Nokia X7 first leaked in 2010 thanks to a clip showing it playing the NFS Shift game, it would be a pity not to go back in time and test some HD games on this model. Gameloft is the favorite maker of such titles and they surely deliver. Keep reading to learn our impressions on titles such as Assassin’s Creed or Hero of Sparta. 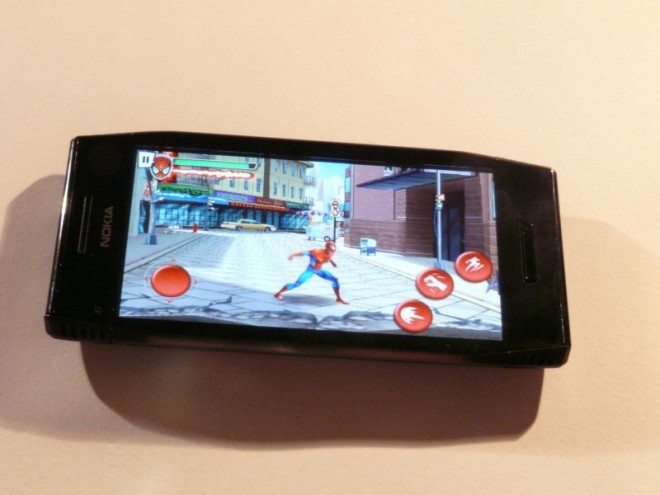 The graphics shown by Nokia X7 are great, especially in the game Avatar, that has all the shades of blue you can dream of. Actually, the 680 MHz CPU of the X7 handles everything admirably, although at some point loading times will start to bug you. Hero of Sparta is your average God of War clone, filled with blood, gore and Spartans, so we’ll skip it quickly. 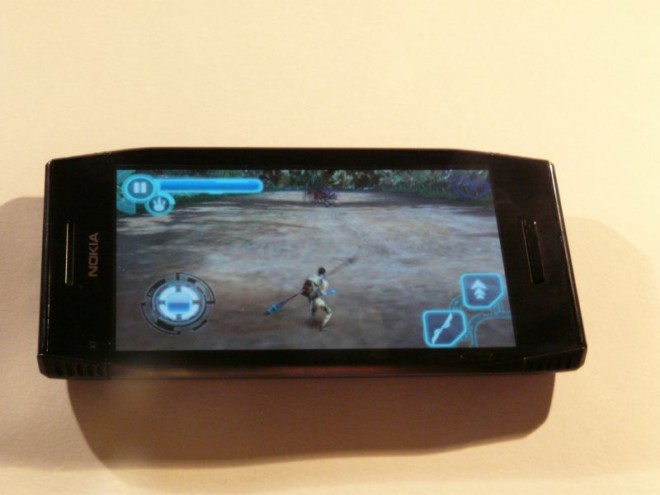 Avatar is actually a fun game to play, filled with platforming, shooting, spear wielding, climbing, jumping and whatnot. It even sticks to the story of the movie and has great graphics and dynamic gameplay. NFS Shift offers deep vehicle customization, decent graphics, but doesn’t quite bring anything new to the table. The visual aspect is quite nice.

My personal favorite was Spiderman, with an incredibly dynamic gameplay, tons of combo and, of course the trademark web-swinging. Baddies are pretty easy to fight off, though… Also, there’s Assassin’s Creed, but I’ll leave the video below to do the detailing: