Sure, we were enthusiastic about the Nokia X7 when we showed you its HD games, but is that it? I mean, we’re waiting for the successor of the X6 here and we don’t get much of an upgrade, when it comes to specifications. As far as software goes, we’ve got Symbian Anna, but to put it blunt, it’s just Symbian^3 with bigger icons… 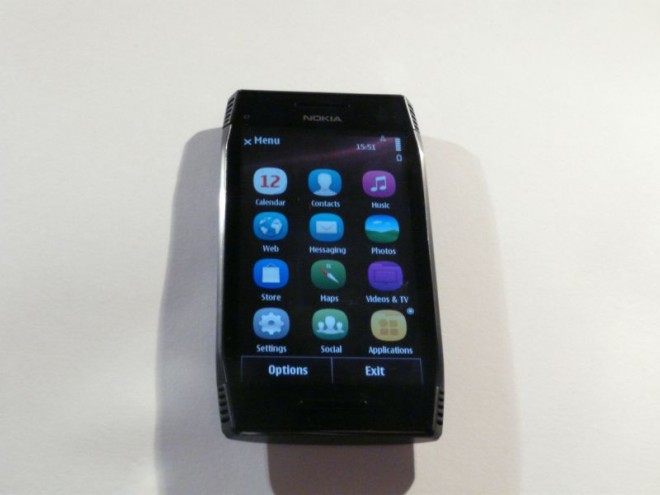 This model measures 11.9mm in thickness and it weighs 146 grams, plus it comes with an AMOLED touchscreen with a 4 inch diagonal and 360 x 640 pixel resolution. The screen is protected by Gorilla Glass technology and the core of this handset is its 680MHz ARM 11 processor, that’s a bit underwhelming, to be honest.

Symbian Anna may run well, but when you’re multitasking more than 6 apps or trying to close Opera Mobile, it may take a long while to find the fluid UI you wanted. Lag can be present, especially if you intend to keep a game or two open while doing something else, like listen to music. The audio player is decent, since we mentioned it, but there’s nothing mindblowing here. 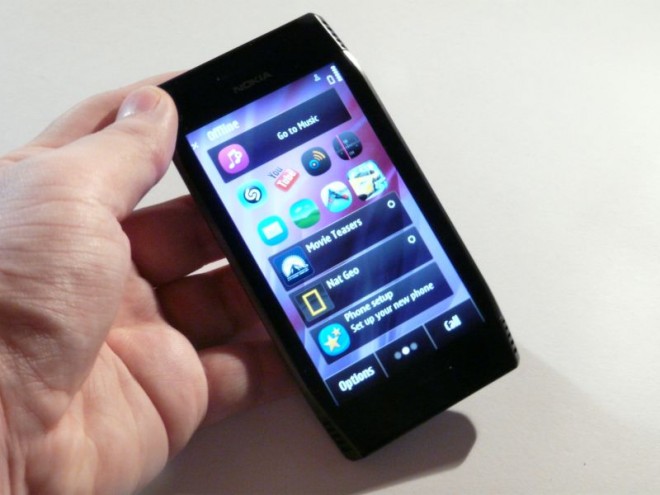 Back to the specs, this handset comes with 256MB of RAM, 1GB ROM, a microSD card slot (8GB bundled), HSDPA, WiFi and Bluetooth 3.0. There’s also radio FM on board and an 8 megapixel camera with dual LED flash, fixed focus, geotagging and face detection. This camera does 720p video capture at 25 fps and it’s not accompanied by a front videocall camera, as we would have liked.

I have to say that the camera is extremely disappointing, especially after testing the Nokia E7 and the N8, with their brilliant photo taking units. I don’t really know where that Carl Zeiss knowledge went, since most pics get a white-ish layer on top of them, while the video I have to admit that it’s a bit more decent, but still unimpressive. 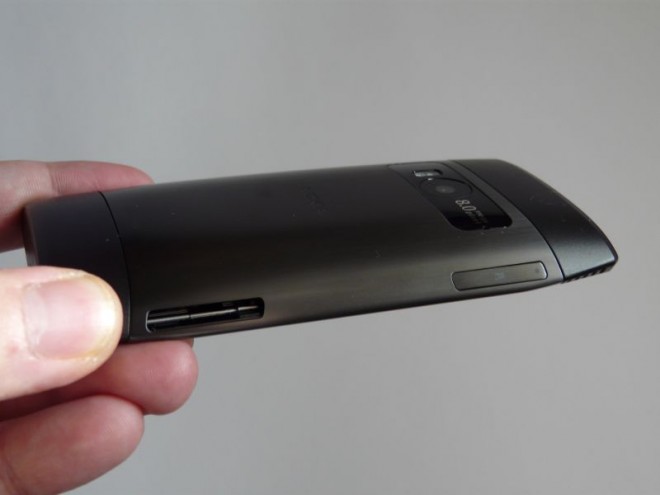 The Li-Ion 1200 mAh battery on this handset should provide 6 hours and 30 minutes of 2G chatter and 250 hours of standby use. Don’t go expecting major changes in Symbian Anna, unless you count the portrait QWERTY keyboard on the screen, bigger and prettier icons and finally a browser that seems usable. That’s only the first impression and you will be missing Opera soon. Meanwhile, the YouTube “app” is a mere link to the page in the browser…