Japan’s number one network provider – NTT DoCoMo is also among the first to get some of the new releases from top device manufacturers around the Globe. It is also among the most controversial operators that relies on some well known methods for customizing and locking its devices. 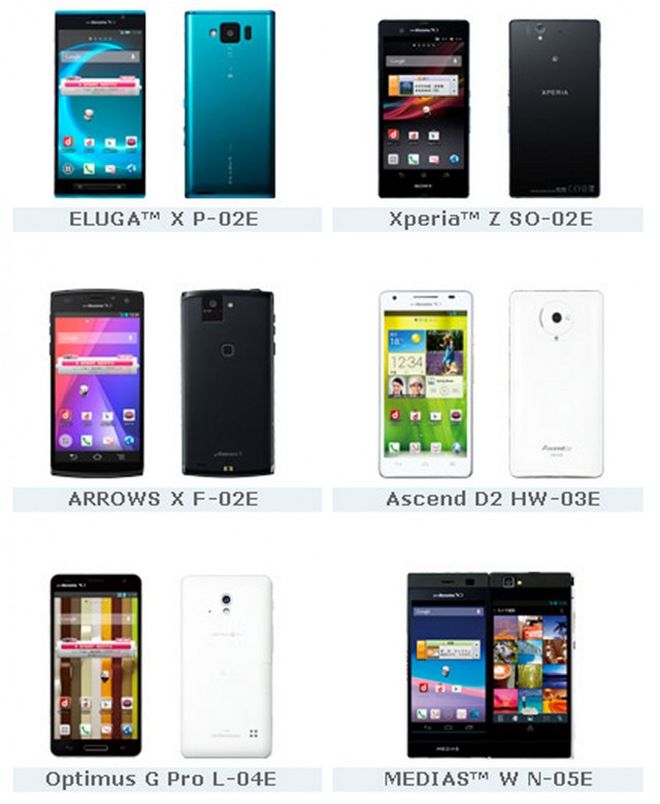 Courtesy of some well placed sources, we now have a first look at the list of devices NTT DoCoMo will be offering for this year. The most important adition is without a doubt the LG Optimus G Pro – a device rumored way before the official announcement, recently confirmed by the Korean manufacturer. The provider will be offering another 10 devices, including some high-end smartphones.

On Docomo’s list of offers we find devices like the Huawei Ascend D2, NEC Medias W, and the Sharp Aquos Phone EX SH-04E. The network provider will also offer some of the most recent tablets, including the barely announced Sony Xperia Tablet Z – quad-core, full HD Android tablet. The Xperia Z smartphone is also offered by DoCoMo. Panasonic is also going to provide the Eluga X this month through Japan’s number one provider.