President-elect Barak Obama had the phone hung up to his face, after a Republican Rep he had called didn’t buy that he was really the man he claimed to be. Republican Rep. Ileana Ros-Lehtinen received the call and thought that it was one of those famous and elaborate prank calls that radio stations make quite often. 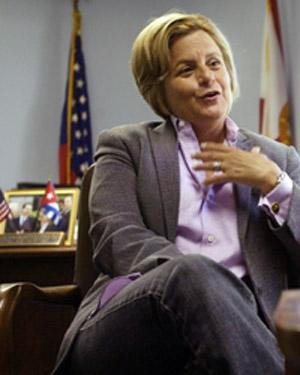 On the phone, Obama congratulated her on her re-election and said that he was looking forward to work with the Republican Rep. After just one minute of talking to the president elect, Ileana Ros-Lehtinen cut him off, saying that he was a pretty good impersonator of Obama, but not the real man.

Afterwards, Rahm Emanuel, Obama’s chief of staff called the congresswoman in order to dismiss the whole prank thing, but she hung up on him, too. The third call was the real moment of truth, when Rep. Howard Berman, chairman of the Foreign Affairs Committee managed to persuade Ros-Lethinen that Obama had really called her.

Of course, the president-elected got a call back and congratulations for his own victory over Sen. John McCain and all the incident led to was a good laugh from both the persons involved.