Obama is one of the most famous Blackberry addicts out there, constantly using his handset to stay in touch with the close ones and learn the latest news. However, the President should have given up his personal phone, as rules usually require for the United States’ number one man. 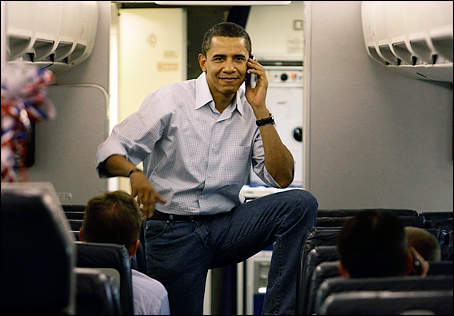 The secret service couldn’t convince Obama to do this, so he was allowed to use the Blackberry for personal means, while being provided with a Sectera Edge for work. This is a very secure handset, in fact secure enough, so it can even transmit secret data. Washington Post claims that a new and upgraded BlackBerry is being prepared for the President as we speak and its security will be top notch.

The paper claims that the top secret BlackBerry 8830 is being completed right now by the NSA, packed with encryption software meeting federal standards. Obama will get the phone in the following months and you should know that the NSA are using SecureVoice, a software developed by Genesis Key Inc., turning 8830s or Curve phones into hacker-proof devices.