Small-sized AMOLED displays are having supply issue lately, slowing down the Android smartphone sales. Also, due to the OLED shortages, AMLCD technology is not likely to be surpassed by AMOLED too soon, according to iSuppli. 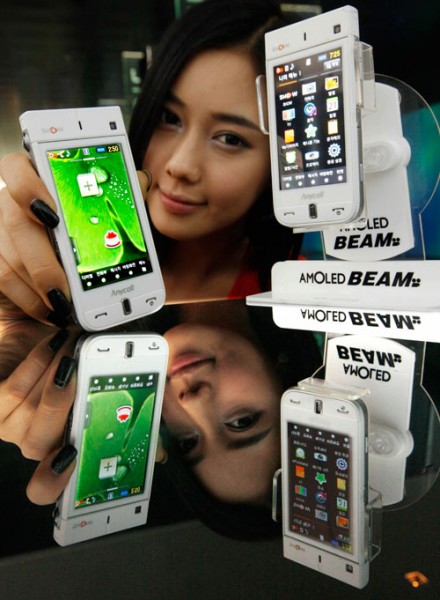 Such screens are used in handsets and other applications and we learn that AMOLEDs will reach 184.5 million units by 2014, up from 20.4 million in 2009. The Compound Annual Growth Rate will be 55.1% during this period, once again according to iSuppli.

However, AMLCDs are still on top, with 1.75 billion units by 2014, as the forecast claims, up from 1.3 billion in 2009. Small sized displays are defined as the screens with diagonals that are 9 inches or smaller. AMOLEDs have started taking off specially since Nexus One was first introduced in January, while the AMLCD is the optional chosen by Apple for the iPhone.

A comparison between the two shows that AMOLEDs use no backlights, so they save power, plus they’re thinner than AMLCDs, but the latter provide a better performance, as far as fast motion display and color richness is concerned.