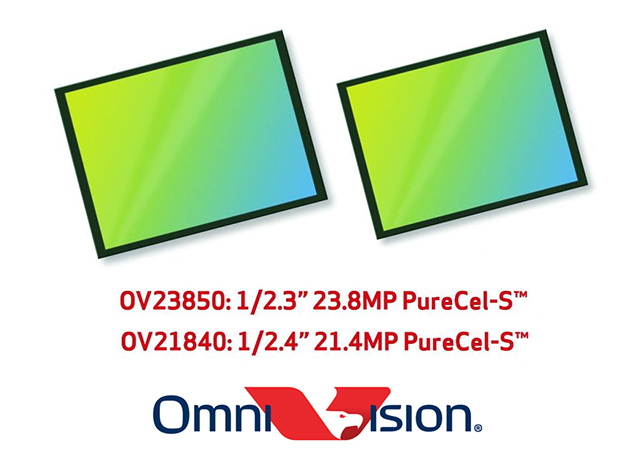 OmniVision has debuted two new camera sensors, 20+ megapixel units that are detailed below. These are PureCel sensors for mobile devices, that come with focus phase abilities. The first sensor is the OV23850 unit and it’s a 1/2.3 incher with a 23.8 MP resolution.

It can generate a 5632 x 4224 pixel shot and it operates at a speed of 24 FPS. The second sensor is the OV21840 one, with a 1/2.4 inch size and 21.8 MP resolution. It’s able to capture 5344 x 4016 pixel images and operates at 27 FPS. Both newcomer rely on stacked build, with the recording layer getting separate images from the signal wiring layer. These models also get phase detection autofocus, a feature available on popular devices like the Galaxy Note 4 and S5.

Other advantages of the new sensors include faster autofocus, two way contrast, HDR video recording and contrast autofocus. They can both shoot 4K 30 FPS video with HDR on. Then there’s also slow motion capture, at 120 FPS with 720p resolution and 1080p at 90 FPS. The pixel size here is 1.12 microns for both units and the prototypes are already delivered to device makers for testing, with mass production happening in Q1 next year.