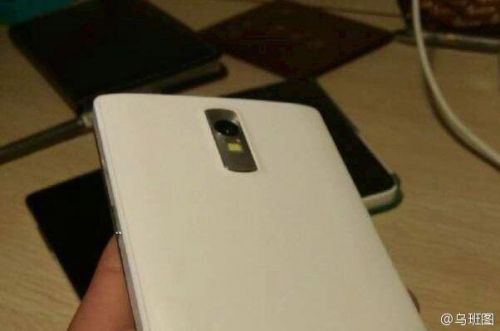 Today, April 20th is the day when a couple of popular smartphone producers decided to launch new smart devices on the market. After in the morning, Sony was announcing the Xperia Z4 smartphone on the Japanese market, later today, OnePlus will also unveil something mysterious.

This event was unveiled a few days ago through a press invite arrived on the web. In the preparation of the conference, we can see today a live picture with a supposed smartphone branded OnePlus. According to the recent rumors, it seems that the Chinese producer plans to launch a Lite variant of its flagship killer OnePlus One.

Unfortunately, the picture above unveils just the presence of a photo camera with single-LED flash and not a dual-one like on the One standard model. Also, we can notice the lack of the OnePlus logo placed under the camera sensor on the back. What device to you think it’s all about today?