Palm Pixi Plus is coming to AT&T on June 6, as previously mentioned by the folks of Engadget. The GSM version of the handset accompanies Palm Pre, that’s already available on AT&T, with a free Touchstone charger. Too bad that this promotion won’t apply for this smartphone, too… 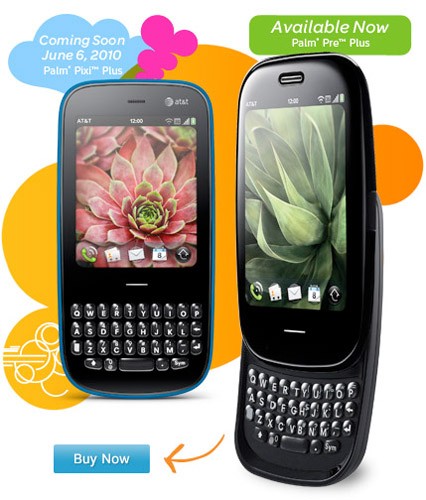 This webOS phone was previously available on Verizon Wireless and you should know that it comes with a 2.63 inch multitouch display, a physical QWERTY keyboard, Microsoft Exchange email, Direct Push technology and a GPS.

There’s also a 2 megapixel camera at the back, complete with LED flash, geotagging and video capture, plus 8GB of internal memory and a battery that provides 5.5 hours of talk time and 350 hours of standby.