While the web is roaring with rumours concerning HTC’s Palm buyout, we learn that the webOS creator is preparing to bring its newest handsets to Europe. We’re talking about Palm Pre Plus and Pixi Plus, scheduled to arrive on the continent by the end of April. 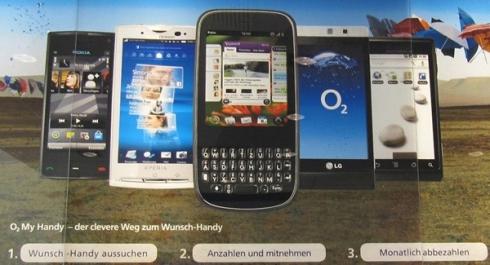 Pre Central came across one of O2 Germany’s promotional posters, showing a Palm Pixi model accompanied by hot new devices, like Sony Ericsson X10 and Motorola Milestone. Odds are that this is in fact the Pixi Plus model, since the original one didn’t make it across the Atlantic just yet.

Meawnhile, Laurent Guyot, a French PR representative announced that Palm Pre Plus and Pixi Plus will be available on the SFR network starting April 27th. Of course, his claim came via Twitter, like most major news these days…