We have just learned that PBX TV, a brand new TV streaming service made in Romania is available and compatible with quite a few platforms: PC/notebook (Windows, Linux, Mac), mobile (Windows Mobile, Symbian and iPhone soon), set top boxes (soon) and in-car computers. 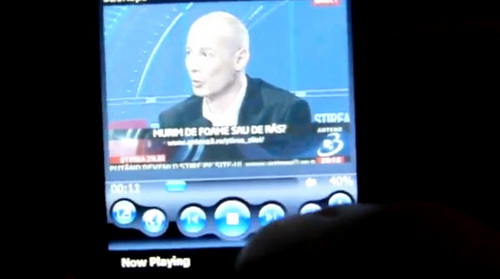 It all started with a discussion over at the HTC Club forum and turned into an interview, as the folks of Mobilissimo received details about the new service from Razvan Matei, PBX TV technical director. Among the stations available via the software there are also Duna, TV 5, DW TV, Rai Uno and many local Romanian stations.

One can only hope that this service will develop internationally and it might even be available on Android devices, at some point. Some of the TV stations available via PBX TV are paid, while other are free, depending on the conditions set for the retransmission of these stations’ programmes. We have tested the app on HTC Touch Diamond and we have to say that it looks great, at this point.

What’s neat about this service is the customized choice and payment of a certain TV station, well, prepay to be more precise, so you won’t need to pay for a bunch of channels that get bundled together, instead choosing one or two that you like more. Here’s a short video demo of the PBX TV installation on HTC Touch Diamond: