The folks of Engadget Mobile mentioned that there was a rather obvious resemblance between PCD’s TXT8010 handset, also known as Verizon Blitz and the TXT8020 introduced at CES 2009. Now we found out why the two are so similar: they were both created by Pantech. 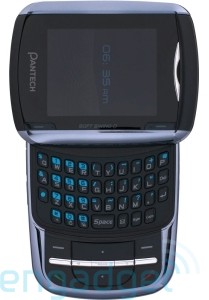 The image above is a proof to this statement, as it shows a TXT8020 phone with the Pantech branding on it, but that’s all it’s got etched at this point, since the carrier of this EV-DO supporting device is unknown yet. Verizon maybe?