Mobile phones are not only popular in the free world, but also in prisons, even if they’re taboo items. However, the methods of sneaking them in and past guards are some of the most bizarre ever seen… The latest attempt comes from Henry Skinner, convicted murderer from the Polunsky Unit in Livingston. The man had concealed a mobile phone in his rectum, as an X-Ray showed. 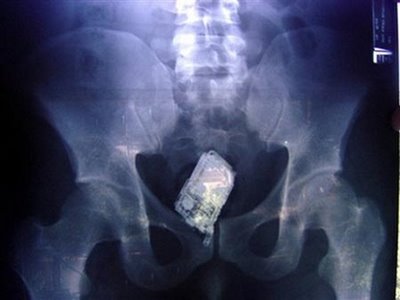 Suspicions arose, after the guards found SIM cards or memory chips in the inmate’s Bible and ordered and X-ray. It seems that this is the second handset found on death row in just a couple of days and the 14th in a month, quite an alarming set of numbers for the “tight” security of the prisons. Also, there have even been issues like threatening of officials through phone calls made from the inside of the prison system.

In this world were you’d expect prisoners to contraband everything else but phones, it seems that our daily gadget has been turned into the drug of death row inmates.