RCDb and Nortel have developed an interactive app called Video Bulletin Board which allows mobile phones to interface with Blu-ray players in a way never done before. For example, the user of a cellphone might be able to send a photo to his player of his friend’s Blu-ray deck (which uses the app). 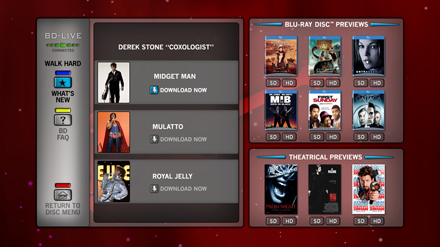 The receiver will view the photo and use the player’s remote to activate a call back feature, which makes him call the person who sent the photo. Engadget Mobile even goes as far as to predict that ordering pizza via your Blu-ray player will be possible in the next years… it may be!