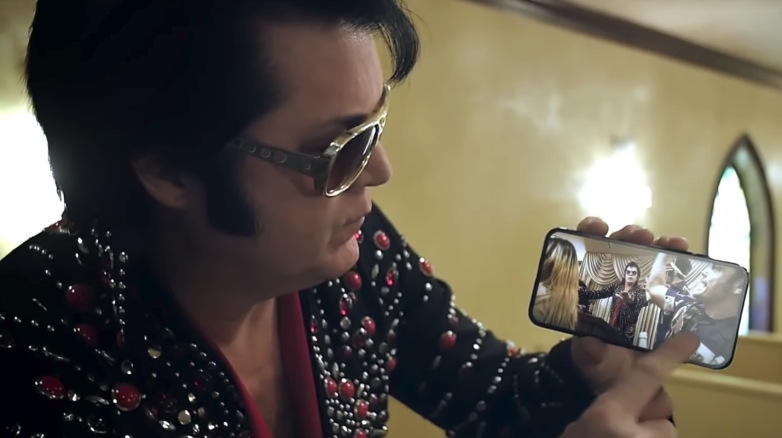 It’s been a while since we last saw a handset leaked in a Hollywood movie, but nowadays they’re appearing in music videos. Today’s leak is supposed to reveal a mystery edge to edge phone in an Italian singer’s music video, but it’s probably not the iPhone 8 some people think it is. 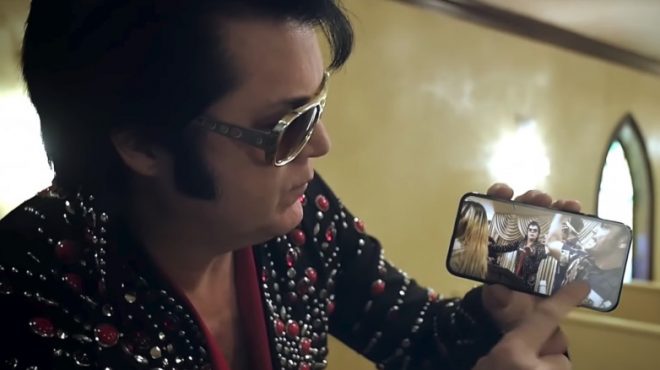 First all the artist in question is Tiziano Ferro, quite popular in Italy and Europe and he’s made a sort of remake for the “Hangover” series. The video for the song “Lento/Veloce” was filmed in Las Vegas and includes a scene with one of the characters handling an iPhone 7 Plus. Then he hands it over to an Elvis impersonator and lo and behold it turns into a mystery handset.

It’s supposed to be an iPhone 8, but it’s in fact just an edge to edge mystery device. It’s probably just a render on top of a regular iPhone, because we can see that the screen doesn’t even cover the facade evenly from all angles. There’s no “chin”, no Home button, nothing. Still, it’s nice to see an Italian artist cared so much about getting a futuristic phone in his video and getting some coverage from the tech media.

If it were a US rapper I’d somehow find it easier to believe it was a genuine prototype. Maybe next time!