After Sony just days ago and LG last year, RIM has also leaked its product roadmap for 2012. It seems to include a bunch of new BlackBerry Curve models, as well as the BlackBerry Londom handset with a delay and the 3G version of the PlayBook tablet. 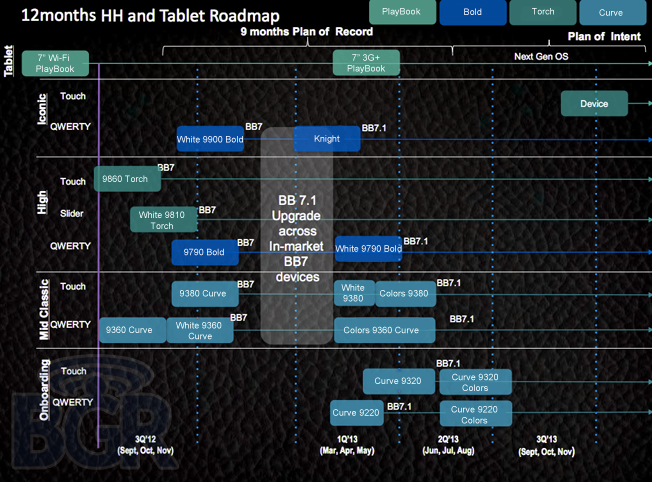