RIM’s got a cool event coming tomorrow, Wireless Enterprise Symposium and what better way to start it, but by announcing two new handsets? We’re talking about BlackBerry Bold 9650 and Pearl 3G, both pictured below. The first model was already rumoured for a while and it gets detailed after the break. 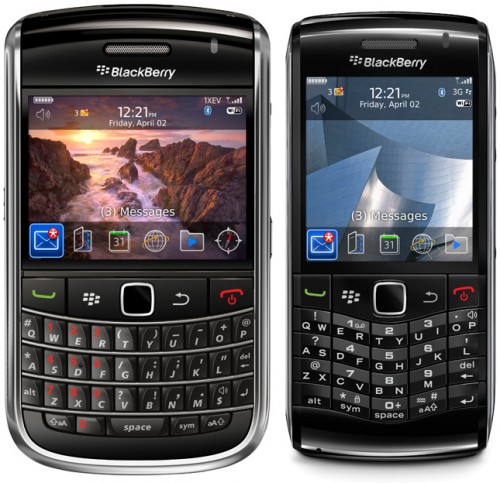 BlackBerry 9650 support HSPA and UMTS connectivity, WiFi b/g and its specs list includes an optical trackpad, GPS, a 3.2 megapixel camera with flash and 512MB of flash memory. There’s also a microSDHC card slot on board (32GB cards max), a 1400 mAh battery and BlackBerry OS 5.0. This model will debut in the States in May, for a yet unannounced price.

As far as BlackBerry Pearl 3G is concerned, this model is a bit smaller than the original Pearl 8100 and it comes with a 3.2 megapixel autofocus camera, a 360 x 400 pixel display, WiFi b/g/n, GPS with BlackBerry Maps and 256MB flash memory. A microSDHC card slot is also on board, as well as a 1150 mAh battery and BlackBerry OS 5.0.

Under the device’s hood there’s a 624MHz processor and you have to know that Pearl 3G uses a SureType keyboard, plus a traditional T9 keypad. Official launch is scheduled for May.