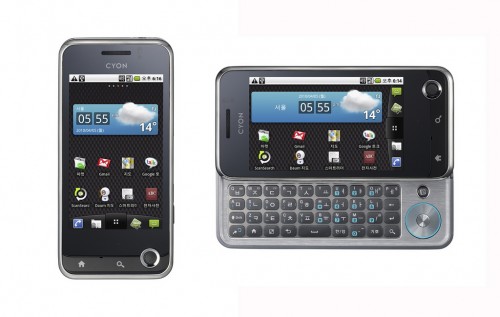 The main difference between them is that the LG SU2300 (pictured above), features a sliding full QWERTY keyboard, while the other model only relies on its touchscreen for input. You’ll also find Dolby surround sound, T-DMB support, GPS and WiFi on both smartphones. LG Air Sync and Scan Search are two new feats announced by the maker of these devices.

The first is used to share contacts, mail, photos, music and much more with a PC or web server via wireless, while Scan Search is an augmented reality application. LG SU2300 will run Android 1.6 when it launches, in May, but it’ll the Android 2.1 upgrade in July/August. 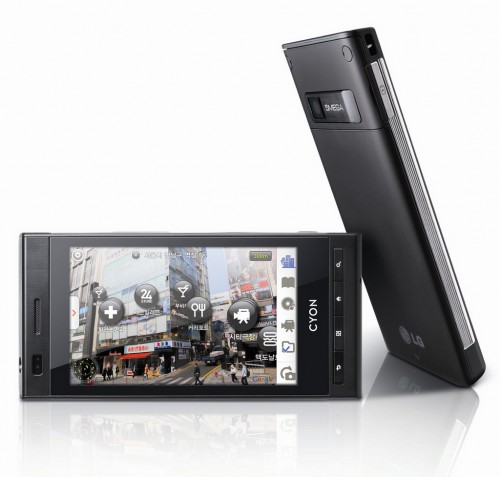 LG SU950/KU9500 is pictured above and will be launched in June, with Android 2.1 on board. Initially, the handsets will debut through KT and SK Telecom in Korea, but we expect them to debut internationally before the Fall arrives. No pricing has been mentioned, yet.