Research in Motion may not be coming up with any cool smartphone anytime soon, but at least they’re working on other fronts. Right now they’re developing fresh battery technologies, that involve a fuel cell for their electronics gear. They’ve actually applied for two new patents related to that matter. 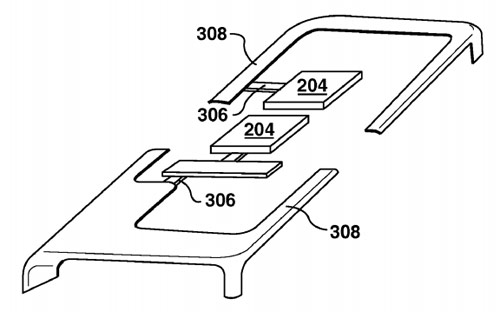 One of the patents if for the fuel cell inside the electronic device, while the other is for the frame of the handset. The aim here is to fit a fuel cell into the tight space provided by a mobile device. At least the device frame shown in the patent seems a bit more modern than what RIM has been leaking lately. This doesn’t mean that there will be a viable BlackBerry phone with the new fuel method available anytime soon. You may end up charging your smartphone with lighter fluid or methanol as shown in some prototypes and concepts developed till now.

The good news here is that the fuel tank inside the phone could provide quite a bit of functioning time, maybe even a week or two. Right now, most modern smartphones only give you a day or two of use, which is very poor, by any standard. However, people want better cameras, better screens with crisp image, LTE and good cameras, so all of those drain up the battery power.