RIM CEO Thorsten Heins was on stage yesterday at the latest BlackBerry Jam developers conference, to showcase a bunch of new features of the BlackBerry 10 platform. Slated to go live in early 2013, this new OS will either make or break RIM for the future years, so the expectations are high. The main new features presented were BlackBerry Flow, a series of minimized windows with the currently running apps and BlackBerry Hub, a sort of notification/communication area. 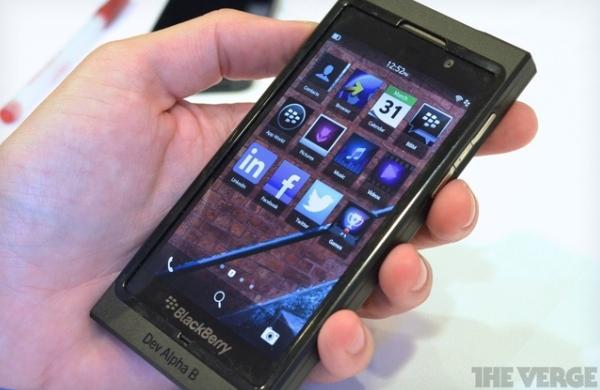 The BlackBerry Flow shows a series of minimized windows on the BlackBerry handset screen, also showing all the apps that are running at a certain time. That’s sort of a multitasking feature if you ask me and the cool thing about this is that you actually get to see the apps as thumbnails and flip through them without having to go back to the central home screen. BlackBerry Hub is a message center, that handles texts, multiple email accounts, BlackBerry Messenger and social networking, all in one place.

It even serves as an event notification system that lets the user know when an event is coming up and also provides a list of contacts that will be attending. RIM also revealed that the BlackBerry App World store will provide music, movies and TV shows, much like the Play Store and Apple iTunes have been doing. BB 10 is still on schedule for early 2013 with those rumored L Series phones, but the testing of the platform will already being this fall, so expect further leaks.

Here’s the video of the event: