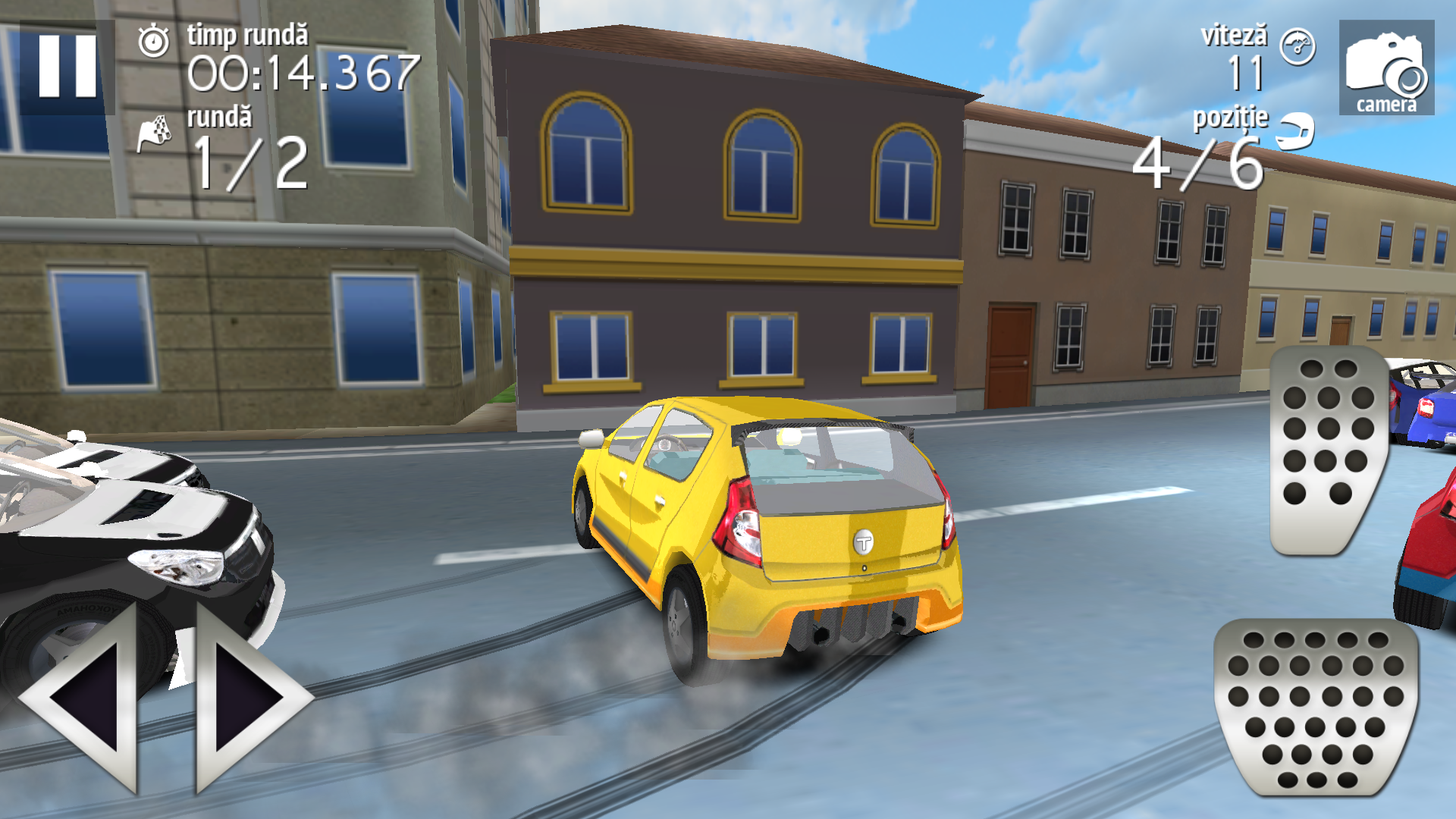 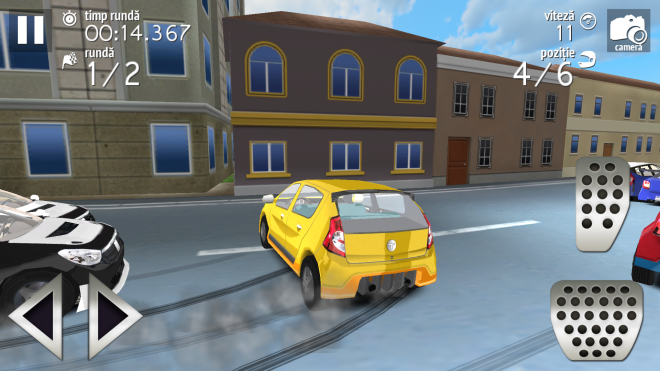 It’s available for free in the Windows Phone Store and unlocking all the cars costs $1, while the unlocking of all tracks is also $1. Romanian Racing 2 uses Unity Engine technology and it looks decent for a free arcade racing game. The Dacia cars from Romania are included, in all shapes and sizes, although the developer doesn’t seem to have been able to get the license for them, since they’re branded Tracia here.

The control can be either by tilt or touch and it’s not exactly precise. You get to races in beautiful areas like Brasov, the Transalpine Road, Constanta, Bucharest, Sibiu and Cugir. The AI is kind of hard to beat and the drivers never hesitate to ram into you or push you off the road, probably inspired by Romanian behaviour on the roads. Having seen Brasov, I have to say that the dev did a fine job at replicating its streets in the game.

The soundtrack is a mix of drum and bass with popular music, supplied by Romanian artist Argatu’ and the likes of Subcarpati and such. I would say the game is not bad, especially if you compare it to the first Romanian Racing, that wasn’t very good. Still, it needs some work, particularly in the controls and car graphics area. We give it a 7.6 out of 10 and you can download it here.