The list of companies taking up Android as their favourite OS for 2009’s new devices grows, as Samsung announced today that it’ll launch a handset based on Google’s OS next summer. Apparently, the Samsung Android Phone will be available on Sprint Nextel and T-Mobile in the US. 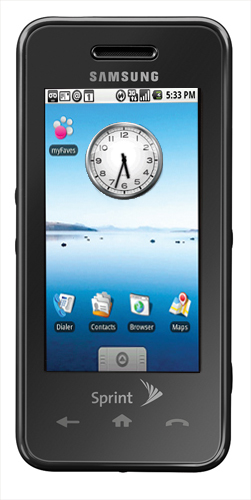 Don’t expect a brand new device, though, as the handset seems to be an adaptation of Omnia mixed with Instinct, perhaps sporting the hot 800 x 480 pixel display of the Korean Omnia. What’s underneath the case? Nobody knows yet.