Nokia recently announced the release of its Messaging application that allows the user of the brand’s mobile phones to access most popular email accounts and IM services. There’s also a downside to the whole story, the fact that support for HTML messages was not implemented, but it’ll be there in the next release. 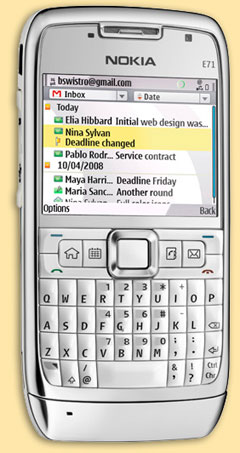 Another important feature of the app is the intuitive inbox navigation, accompanied by support more Nokia S60 phones and support for Google Apps hosted email addresses.