Samsung has just announced that it has developed a 30nm 8Gb OneNAND chip for future smartphones. This component is based on single-level-cell (SLC) NAND flash design and will allow phone manufacturers to handle more code data than the usual on touchscreen smartphones. 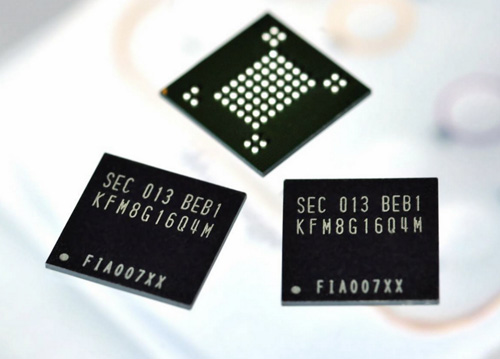 This 30nm 8GB OneNAND chip is 40% more efficient than the 40nm version and it features a 70MB/s read speed, 4 times faster than standard NAND technology (read speeds of up to 17MB/s). Samsung is sampling this technology, with mass production scheduled for this month’s end.