While playing with Samsung’s first official Android phone, the i7500, one might notice that it’s already running Firmware version 1.5 (cupcake), but there’s also another interesting feature to be noted. The model number listed above the Android OS version in the screenshot below is “samsung_capella7200”, which is a bit odd, considering we’ve never heard about a device named like this. 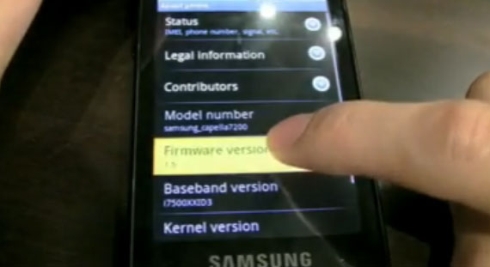 There’s not even a mention of an internal codename for i7500, but what about that 7200? Maybe this is a Samsung i7500 handset destined to reach another carrier under the name of 7200 Capella, or just a simple mistake.

As one of the Phandroid readers points out, Capella is the name of a multiple star system, containing at least 9 stars, so this could mean we’re heading for more Samsung Android launches.