The growing Samsung Corby handset line now has a new member, a WiFi version of the original Corby model, dubbed Samsung Corby Wi-Fi Edition (M5650). The handset is pictured below and it should enter the Italian market in early February. 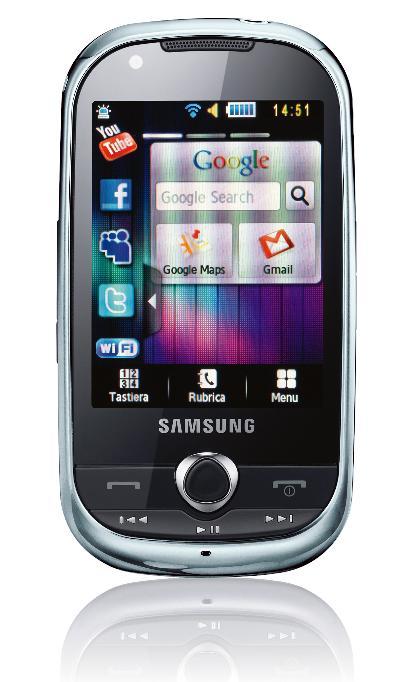 We remind you that 3.5 million units were sold in just three months after the handset’s launch in October, making the Corby family extremely popular. Corby Wi-Fi edition comes with a nice design, an unique shape, chrome trim, music keys and a 3.5mm audio jack.

3G connectivity and WiFi will improve the experience provided the device, that comes with great social networking features (via MySpace, Facebook, Twitter and more). There’s also a 3 megapixel camera on board, FM radio, an MP3 player, Stereo Bluetooth and “one finger zoom” (zoom the content on the screen in an intuitive way).

Expect the phone to hit the market in blue and black, with a retail price of EUR 179.