Samsung Epic 2 is a phone that was supposed to enter Sprint’s offer in Q3 2011, but the handset has yet to be announced even now… However, a recent piece of news is saying that we’re approaching this announcement and the Epic 2 (model number SPH-D705) recently appeared on CelleBrite’s system, used by Sprint to transfer phone data. 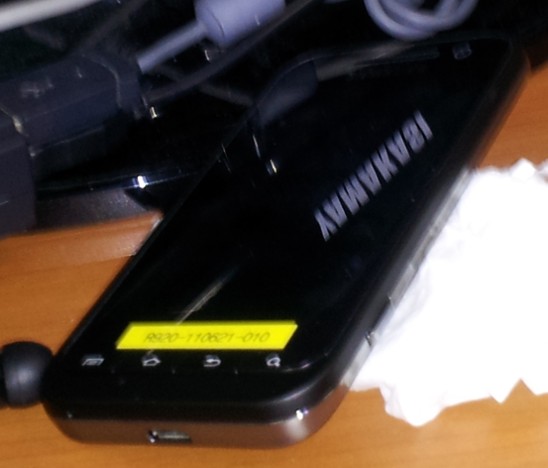 In case you wonder what the fuss is all about, know that the Epic 2 comes with a sliding QWERTY keyboard and looks like the image above, that may not be so clear, but it’s all we have right now. The Epic 2 resembles the Samsung Epic 4G and features a 1.2GHz single core processor, a 4 inch qHD screen, WiFi 802.11 a/b/g/n and an 8 megapixel camera at the back. This looks more like a mid-end offering to me, than a high end one, also explaining the $100 price tag on contract it has attached.

Among the speculations regarding the delay of the phone we find the fact that Samsung could have rethought the handset and made it more appealing to the public, by upgrading the specs. Also, it’s possible that Sprint decided t postpone the product and focus on   more popular form factor, like the one of the Epic 4G Touch… And now I’m hoping that we won’t see yet another delay, else it would be fatal for the phone.