Nokia Lumia 800 has had a bit of a rough history since its launch, being plagued by battery issues , that were supposedly corrected by a software update, that for some users made the matters worse. Nokia Nokia is claiming that the second fix it offered really solves the issue, but now people are complaining about audio and camera issues. 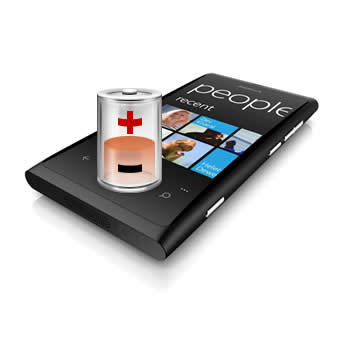 The update that Nokia discussed recently is version 1600.2483.8106.11500, that was supposed to increase standby time and bring an improvement to the battery issues reported by customers in December. What the customers have been complaining about is the fact that the handset wasn’t able to access the full battery charge capacity correctly. Audio and camera settings are now the issues to address in future updates, although Nokia didn’t provide any exact time frame for those.

In the meantime the Finns recommend you use the original Nokia Fast USB Charger AC-16 or the Nokia Charging and Data Cable CA-185CD that came with the phone, so they supposed that some of the users have been using some other chargers, if you ask me what this phrase means. There’s also a Diagnostic app here, designed for internal resting purposes and Nokia recommends that you find extra battery information in the Settings>System>Battery saver area.