Samsung’s stature on the market today can’t leave the manufacturer with the basis of just Android and Windows Phone as its choices in terms of mobile OS’s. With the failure of Bada, Samsung’s previous home brewed smartphone platform, the Korean giant has invested in a new opportunity. 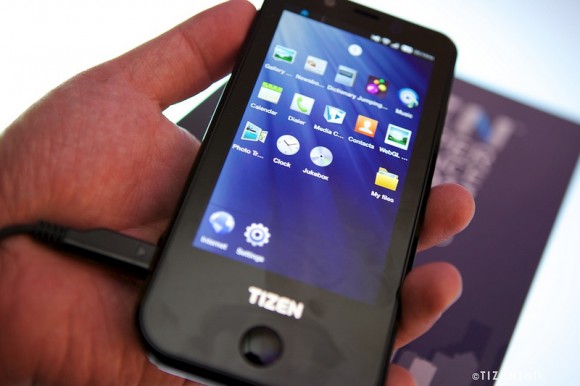 Since about second quarter of last year Samsung’s plans to renounce Bada and take a new path towards Tizen surfaced and since then we’ve even had the chance to take a glimpse at a developer platform for the OS. Tizen is going to be available for about all formes of hardware, including smartphones, tablets and note-netbooks. It is an open-source platform with giant plans, that recently announced its version 2.0 SDK.

Official sources within Samsung have unveiled that the manufacturer is looking towards launching a high-end smartphone device based on Tizen OS. The device will be apart of the Galaxy line and feature top of the line hardware components. The latest rumors state that the new Tizen based device will be available starting this year for Vodafone and NTT DoCoMo. Here is an official statement coming from Samsung’s Lee Young Hee, Executive Vice President of Samsung Mobile:

“The Tizen phone will be out in August or September, and this will be in the high-end category. The device will be the best product equipped with the best specifications.”