As usual, after the major launch event of the Samsung Galaxy S4 the other day, we now get the first pricing details, obviously from unofficial sources. This time we get a 699 euro price tag from Italy, after usual leaks happened from Germany or the UK for other devices. 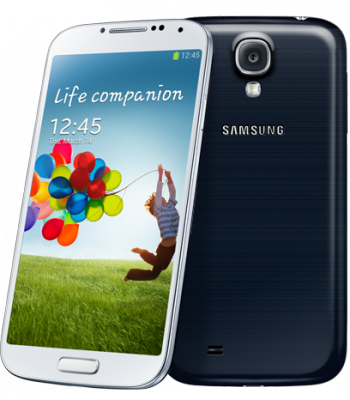 This means that the 8 core device will cost 100 more than the HTC One, that we’ve heard will be priced at 599 euros. As usual with such leaks, we warn you not to believe everything that you see. After all, we’ll all learn the price next month, since Samsung itself announced that it will start selling the Galaxy S4 at the end of April.

The same leak source says that the device will debut in Italy in the first weeks of May. We have plenty of reasons to be excited by this release, including the Octa Core Exynos 1.6 GHz processor, new software features and the 5 inch Full HD Super AMOLED display and 13 megapixel camera. Isn’t the 700 price tag a bit high, though? 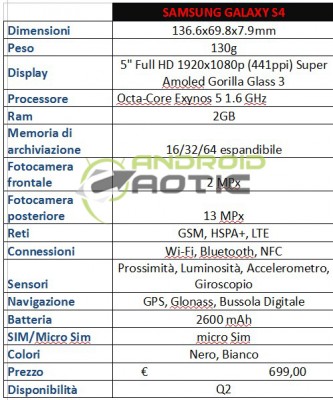