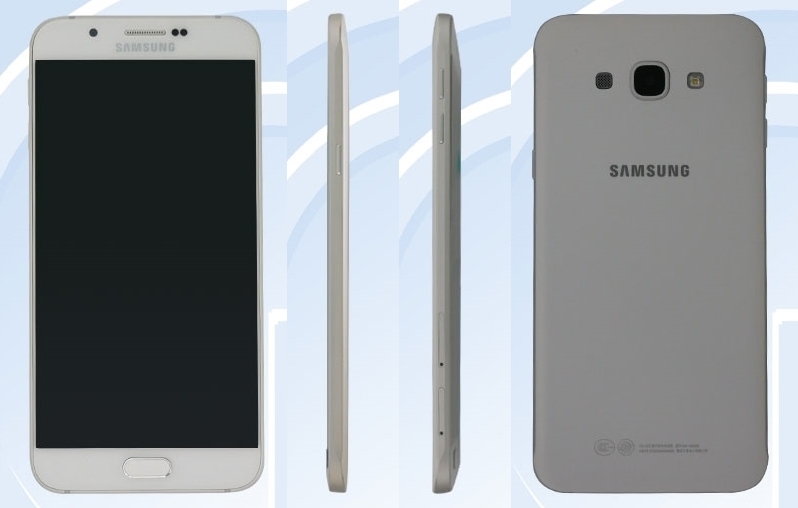 A couple of days ago, Samsung announced two new smartphone devices on the Chinese market, more precisely the Galaxy J5 and the Galaxy J7, phones that are packing 5-megapixel selfie cameras with LED flash. As it seems, pretty soon Sammy will also unveil the Galaxy A8, phone that was revealed in pictures a couple of weeks ago, and certified today by TENAA. 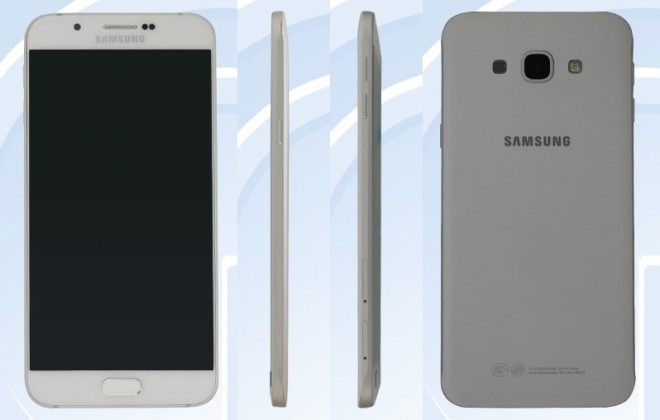 Samsung Galaxy A8 will bring a 5.7 inch OLED display with a 1920 x 1080 pixels resolution, an octa-core processor that is clocked at 1.5 GHz, 2 GB of RAM memory and 16 GB space of internal storage. Samsung didn’t forgot this time to offer a microSD card support for cards up to 128 GB.

The phablet pictured above comes with Android 5.1 Lollipop, a 13-megapixel rear camera with LED flash, 4G LTE connectivity and a 5-megapixel front-facing sensor. What is pretty interesting about this device, is its 5.94 mm thin case, dimension that puts it among the slimmest phones in Samsung’s portfolio.

In case you didn’t know, in 2007, Samsung launched on the market a feature-phone called U100, device that measures only 5.9 mm in thickness.