The Samsung Galaxy Beam is a projector phone from back in 2012 and it seemed that for a while this model wasn’t going to get a successor. Well, now it is getting one, judging by the picture published below, supposed to show us the way a Samsung Galaxy Beam 2 will look like. 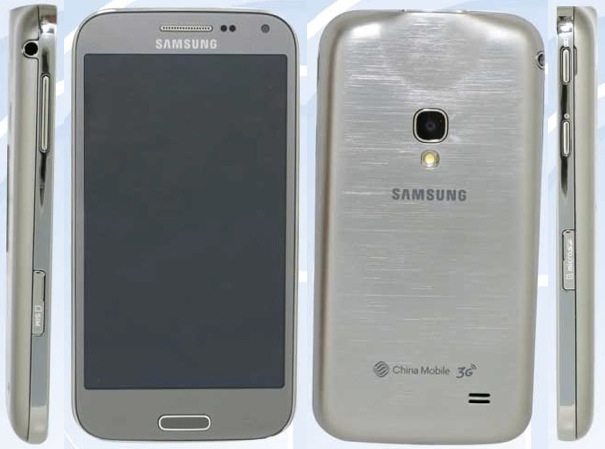 The first Beam was a pico projector smartphone model, with a pretty large chassis. Its battery was pretty weak, considering the heavy strain from the projector… Now 2 years later we’re ready for a follow up with a metallic case apparently. This device has been leaked in China and it goes by the codename SM-G3858, according to the local government database.

The local FCC even provided some pics and we’ve also got some rumored specs. This will be a China Mobile branded phone with a 4.66 inch WVGA display, Android 4.2.2 and a quad core 1.2 GHz chipset with 1 GB of RAM on board too. There will also be a microSD card slot with up to 32 GB of external storage and GSM connectivity on this model. It will measure 11.6 mm in thickness, so it will be pretty thick.