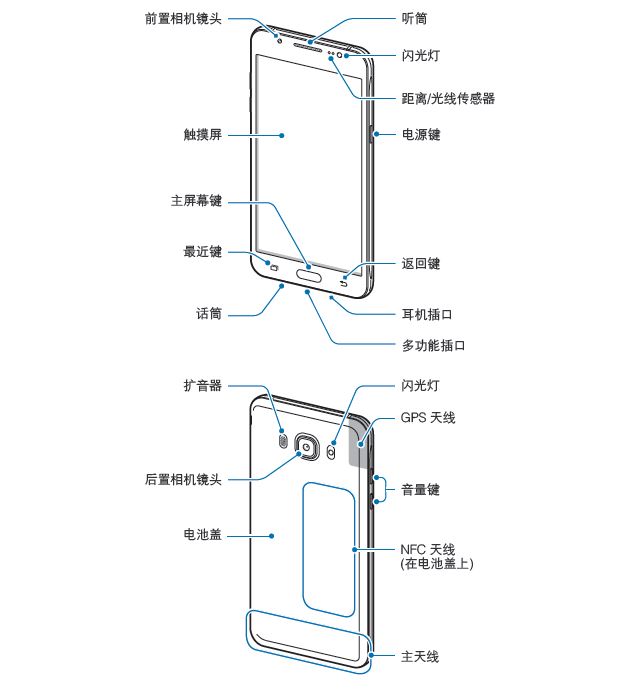 The user manuals for the China Mobile and China Telecom versions of the handsets have appeared on Samsung’s website, indicating that the second gen models will be revealed in China pretty soon. The debut in that country before any others happened with their predecessors as well. These manuals don’t reveal many details, but we can see antenna cutouts on the devices’ frames, pretty much a confirmation of the metal frame. 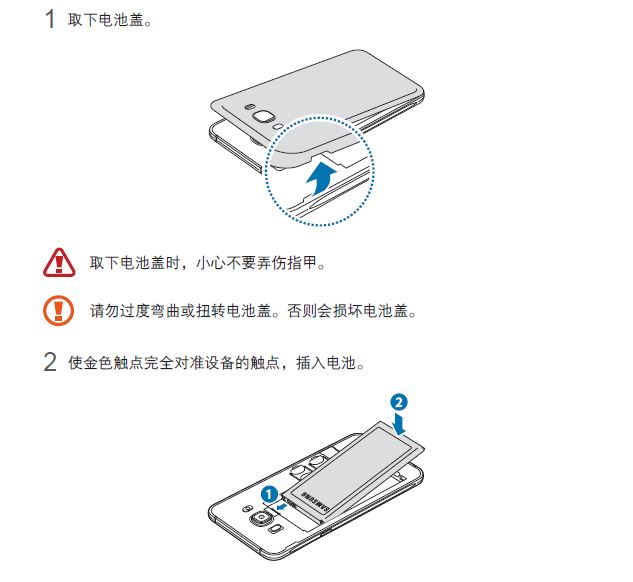 This would make the J5 (2016) and J7 (2016) the first budget phones from Samsung with a metallic frame, or they’ll just be plastic models, with side slits, meaning the back side is removable, which it actually is, judging by the manuals. This lets the user access the battery and also confirmed is the front camera flash, so these are also selfie phones.

Both models run Android 5.1 Lollipop and they’ll be preloaded with Samsung’s own music player app. That one was missing from the Galaxy J5, Galaxy S7 and S7 Edge, but it could be downloaded separately. Expect new leaks as the devices get certified by the FCC and Bluetooth SIG. I expect a 5 inch HD screen and 5.5 inch HD one to be part of the duo, plus 13 MP cameras and at least a Snapdragon 410 or Snadpragon 615 CPU.