Home Android Samsung Galaxy S7 Production Cost is At Around $255, According to IHS... 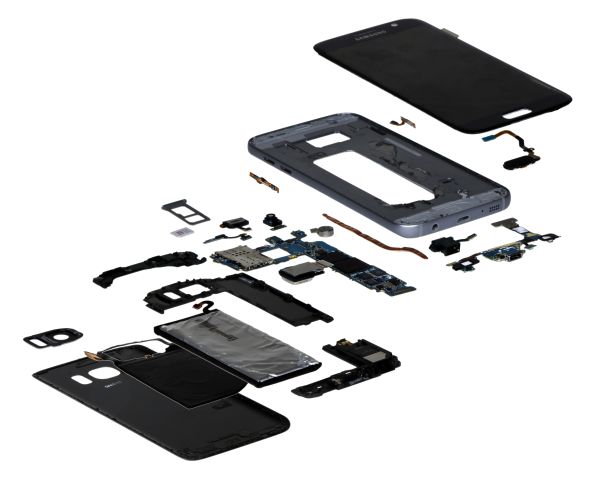 Samsung’s latest flagship phone, the Galaxy S7 is actually very similar to the Galaxy S5, at least when it comes to production cost. That’s what one teardown analysis by research firm IHS has found. The cost is $255.

Samsung used parts with incremental improvement over the prior generation smartphones and the fact that the finalized product sells for $670 means that the profit is over $400. Of course there’s also marketing to consider and other costs, but I’m sure Samsung is bagging at least $300 per unit. The most expensive component is the processor, the Qualcomm Snapdragon 820, at $62 apiece.

It’s actually Samsung manufacturing it for Qualcomm, as part of a deal announced not very long ago. This is a big win for Qualcomm, considering the very high preorders for the S7 and the fact they couldn’t score a deal of this kind for the Galaxy S6, considering the overheating problems of the Snapdragon 810. IHS couldn’t find exactly the camera module included on the device, but what’s sure is that low light capabilities and autofocusing have improved.

The camera bit costs $13.70 and the assembly is $5. Samsung is expected to bank big time on this model, seeing how orders are higher than ever for this flagship.