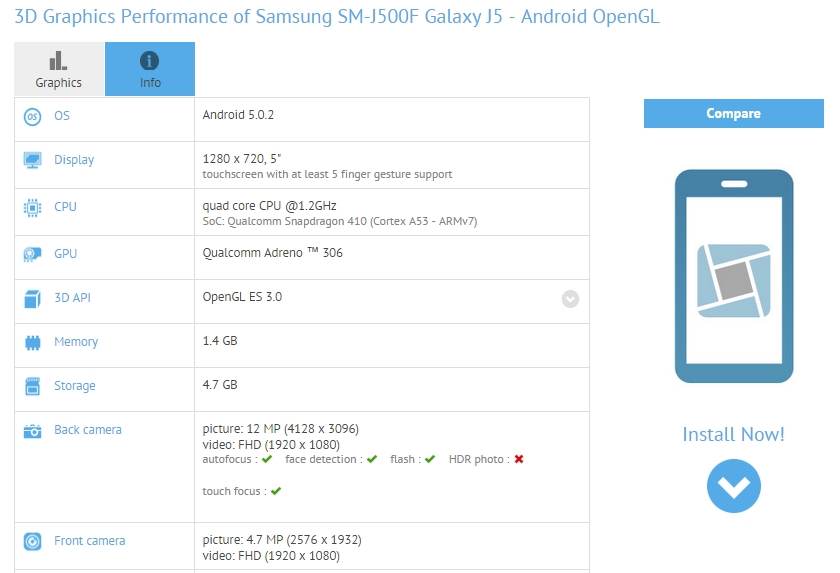 In January, the South-Korean company Samsung was announcing the Galaxy J1, a mid-range phone that arrived in two different variants, one with 4G and another with 4G LTE. According to some leaks, it seems that the Galaxy J range of smartphone will soon get two new models, more precisely the Galaxy J5 and the Galaxy J7. Today we have the chance to know more about the Galaxy J5 through GFXBench. 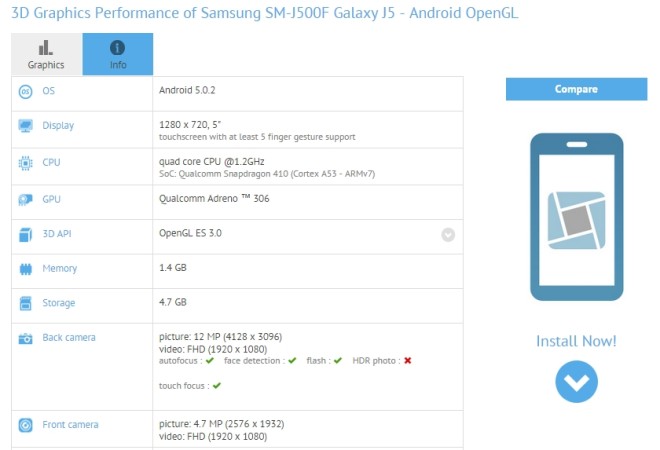 This benchmark test reveals some of the phone hardware specs, such as the 5-inch HD LCD panel, the quad-core Qualcomm Snapdragon 410 processor on 64-bit and the 1.5 GB chip of RAM memory. We’ll get a 13-megapixel rear camera with LED flash and a 5-megapixel front-facing shutter.

Samsung Galaxy J5 will also pack a 2.600 mAh battery and Android 5.1 Lollipop as default operating system with TouchWiz applied on top. Is expected that the Galaxy J5 to be unveiled sometime in this summer.