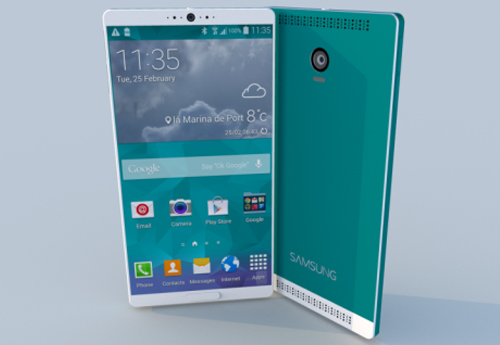 After a period of leaks when we learned some stuff about the Galaxy S7 and Galaxy Note 5, it’s time for a fresh batch of rumors, that sound realistic. It appears that Samsung will release a single version of the Galaxy Note 5, while the future Edge model will be separate.

Samsung is testing both a 2K and 4K display Note 5, with an AMOLED panel of course. They’re also preparing the device with an Exynos 7422 processor inside, that’s actually a SoC solution, including both the CPU and GPU, plus the RAM, storage and modem on a single chip. Samsung is even testing a version of the phablet with the Exynos 7430 inside, but that’s not ready for prime time just yet.

Samsung hasn’t decided yet if they are going to use the 4K or 2K panel on this device, that’s very likely to launch this fall. As far as the other project is concerned, the so called Project Zen refers to a new sort of Note Edge. This model is not a derived version of Note 5, but rather a separate unit, with mid to high end specs.

This device is said to have a dual curved 5.4 or 5.5 inch screen, with a Super AMOLED panel, an S Pen, hexa core Snapdragon 808 CPU, 16 MP camera at the back and front 8 MP shooter. Of course these are rumors about products in development, so everything may change.