Home Samsung Samsung Galaxy Note 5 Gets a Special Edition with 128 GB of... 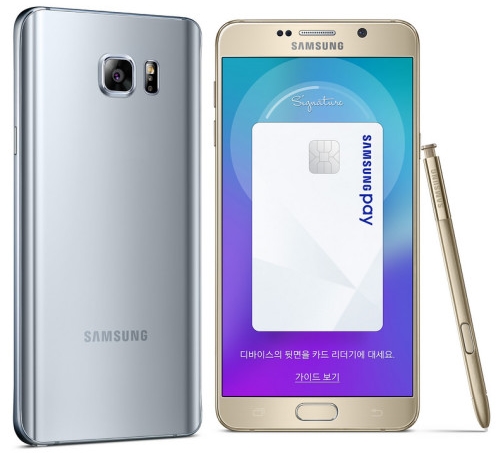 Officially announced just in 32 and 64 GB variants, starting today the Samsung Galaxy Note 5 phablet can be bought with 128 GB space of storage too. This special edition named Note 5 Winter Edition, gets introduced on the South-Korean market, and comes in two color options (Gold Platinum and Silver Titanium), for a $845 price tag.

In terms of specs, we have the same 5.7-inch Quad HD display + Gorilla Glass 4, an octa-core Exynos 7420 processor and 4 GB of RAM memory. There’s a 16-megapixel rear camera with autofocus and LED flash, a 5-megapixel front-facing unit for selfie captures and a S-Pen stylus.

This phablet also packs a fingerprint scanner, a heart-rate monitor and a 3000 mAh battery with the wireless charging technology included. If the rumors are true, then the Samsung Galaxy Note 5 phablet will be available in Europe starting 2016.