After finding out that Samsung is about to unveil something fresh on August 15th, we now discover some benchmarks for the Samsung Galaxy Note II, a clear hint of what’s coming. Speculations about the upcoming phablet were already available for a while now, so I can’t say I’m surprised. 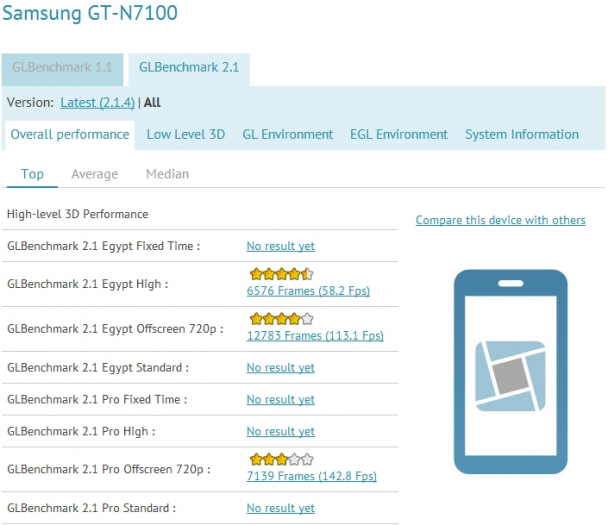 This time it’s GLBenchmark that gives us details about the upcoming phablet. Considering the Galaxy Note from a year ago had the codename GT-N7000, the just leaked device codenamed GT-N7100 is most likely its follow-up, the Galaxy Note II. Benchmarks show that we’re dealing with a device that runs Android 4.0 ICS on top of a quad core Exynos 4412 CPU, with Mali 400 graphics, the same ones used on the Samsung Galaxy S III. However, the CPU clock speed has been upgraded, being pushed to 1.6 GHz, a 200 MHz increase from the S III.

Other leaked specifications include a 1280 x 720 pixel resolution and Android 4.0.4 ICS as the OS, although I wouldn’t be surprised if Jelly Bean was on board in fact. So, Samsung’s holding an Unpacked event next month and now this leaks. Pretty clear, right? All we need now is to find out the exact diagonal of the device and if there are any upgrades to the S Pen and related applications.