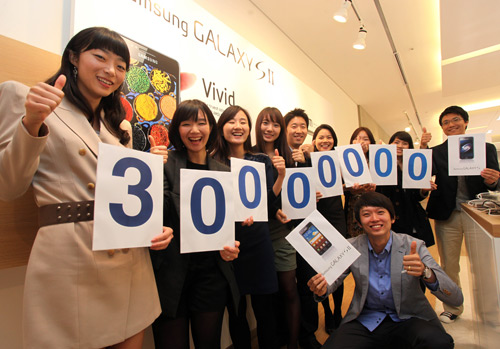 Right now, 66% of the 30 million are made up by Galaxy S units, a sign that it’s still selling well, reaching 20 million units. Recently, with Google announcing its financial results for this time frame, they also announced that 190 million Android device were shipped globally. Doing a simple math, you’ll get that almost one sixth of all of these are Galaxy S I and II units…that’s incredible.

Add a bunch more tablets and other phone models and maybe you’ll have Samsung make up a third of the entire Android market… With the Nexus Prime and Galaxy S III getting ready for announcement soon enough, Samsung a shot at surpassing Nokia as the Earth’s most important handset maker, if it hasn’t already.