AT&T has just made available the Galaxy S II just two days ahead of the big iPhone 5 debut. The famous smartphone is seen by many as the handset of the year 2011, having already sold 10 millions of units, according to analysts and experts, that means surpassing the first Galaxy S . 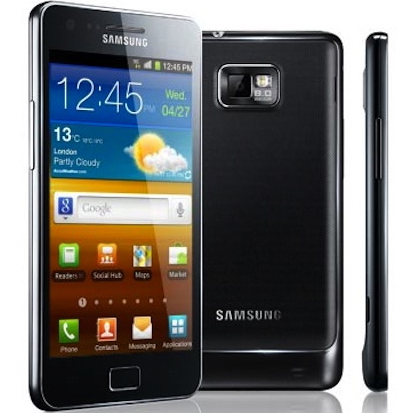 And why shouldn’t this be the phone of the year? It has a big display, 4.3 inch in diagonal, based on Super AMOLED Plus technology, a 1.2GHz dual core processor (Exynos) and it’s incredibly thin at 8.5mm. $199.99 is the price tag applied by AT&T to this newcomer to the US shores, that has been available in Europe and Asia since before the summer started.

Imagine how big the sales will get now with Black Friday and the holiday season so close… I guess that the Galaxy S II will pass the 15 million mark in no time, probably triggering the envy and lawsuits of the fruit in Cupertino. Also, rumors about the Galaxy S III have started, so keep a close eye on the evolution of this baby.