The Samsung Galaxy S II Plus aka the i9105 was announced earlier this month and now it has been launched in Taiwan, the first country to start selling the new product. The price tag of the newcomer is $474 and only the blue version of the smartphone is available this month, with the white one being released in February. 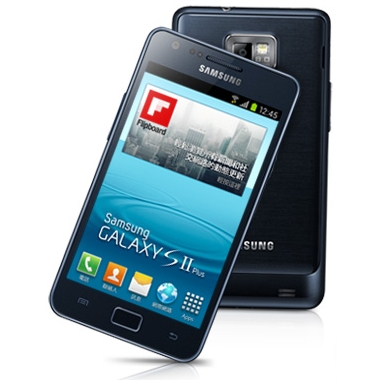 The handset runs Android 4.1.2 Jelly Bean, packs a 4.3 inch Super AMOLED Plus display with 800 x 480 pixel resolution and uses TouchWiz UI 5.0. There’s also HSPA, WiFi, Bluetooth 3.0 and at the back we’ve got an 8 megapixel rear camera with LED flash and a 2 megapixel front camera is included as well. Inside the device there’s a 1.2 GHz Broadcom CPU, 1 GB of RAM and 8 GB of storage, plus a microSD card slot and a 1650 mAh battery.

In related news, SamMobile has the scoop of one the products that should have come to MWC 2013: Galaxy Tab 3, the 7 inch version. Apparently, it’s been axed and we’ll still have a Galaxy Tab 3 10.1 and maybe an 8 inch version too. Back to the S II Plus, can anyone tell me why Broadcom and not Exynos?