Samsung Galaxy S II is a powerhouse of a smartphone, one that comes with a dual core processor and a very slim case. Actually, while at MWC 2011 last month, we asked the guy over at the Samsung booth to show us that the Galaxy S II really had a battery on, since it was TOO SLIM, at a mere 116 grams. Now the lucky guys of gagadget managed to score the device for hands on testing and the result is seen below. 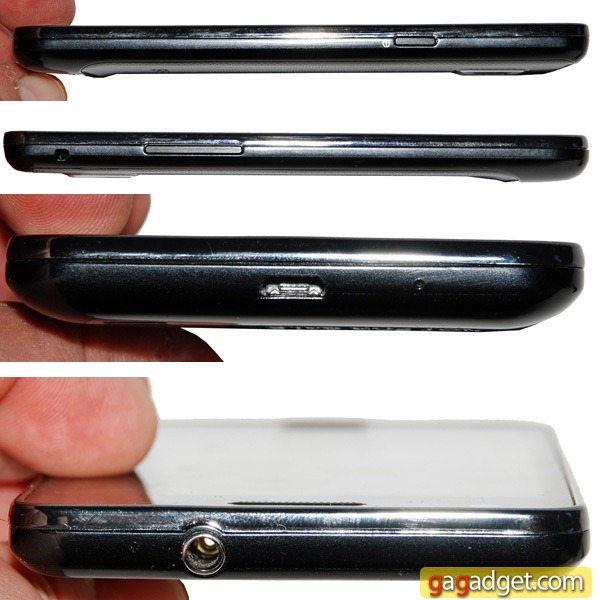 We remind you that this device comes with a dual core 1GHz Exynos processor, a 4.3 inch 800 x 480 pixel Super AMOLED Plus display and Android 2.3. TouchWiz 4.0 works together with the OS and uses the 1GB of RAM to look stunning. The 8MP camera at the back is capable of 1080p video capture and there’s a 2MP cam at the front, for videochat purpose.

Gagadget notices that the build quality has greatly been improved in comparison with the original Galaxy S, as the battery cover is made out of a material that reduces fingerprinting. The handset is a mere 8.49mm thick, which we love, but we certainly miss the camera button, that also lacked from the original model and the Nexus S.

Widgets are also included in the OS as well as various unremovable software that sadly crowds the space, with stuff like Quickoffice, Twidroyd and Vlingo. Expect a Spring release for this baby!