The folks of iFixit are at it again, cracking open the Samsung Galaxy S III, in order to show us what’s inside. This quad core phone with 4.8 inch display has been all over the news lately, with huge sales, great preorders and queues in front of stores that sell it. And now let’s see what iFixit found out about it: 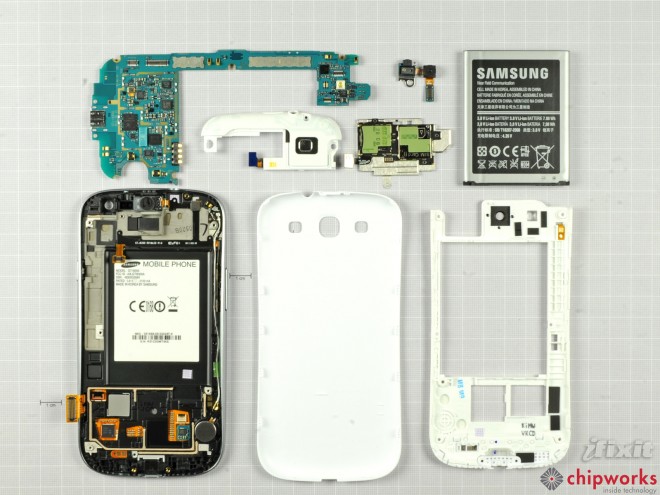 The phone was released internationally on May 29th, so it’s as fresh as they come. Galaxy S III runs Android 4.0, uses a 1.4 GHz quad core processor and comes in 16, 32 or 64 GB storage versions. Also it comes with blue or white cases. The sleep/power button is found on the side of the device and its battery is user accessible, just like on the Galaxy Nexus and unlike the HTC One X, for example. This battery is a 3.8V 2100 mAh unit with an NFC module incorporated, enabling the S Beam feature.

There’s a plastic frame under the case, protecting the motherboard against impact or spills I guess. Removal of the frame reveals easily replaceable speakers and a bulk of tiny components packed inside a small volume. After iFixit removed the motherboard, they had a good look at the inner support frame, most likely made of magnesium and built for endurance. On the display side we learn that the glass is fused to the display and the screen is fused to the Galaxy S III frame. This has a downside, since it increases the amount of money one has to spend to replace the glass. More details will be found on iFixit! 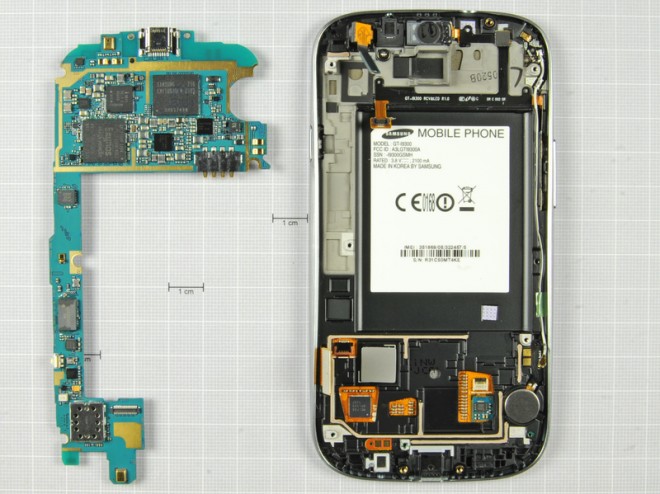 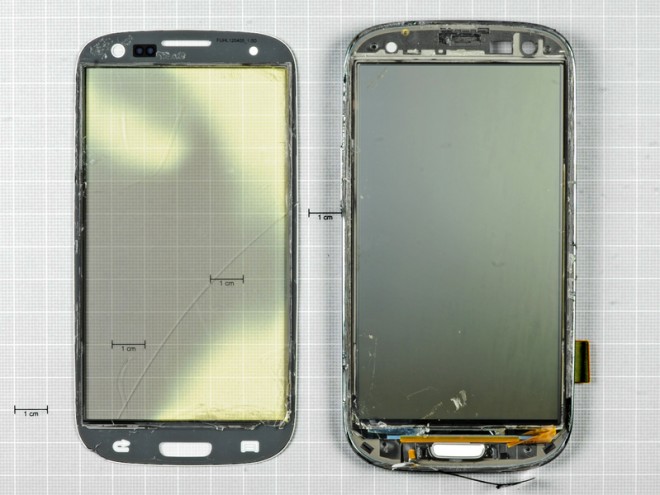