The Samsung Galaxy S IV will be a revolutionary device, that’s what everyone is saying, but just how revolutionary will it be? There’s a fresh report saying that Samsung is using a new AMOLED technology called Green PHOLED, that will produce a display more power efficient than usual. 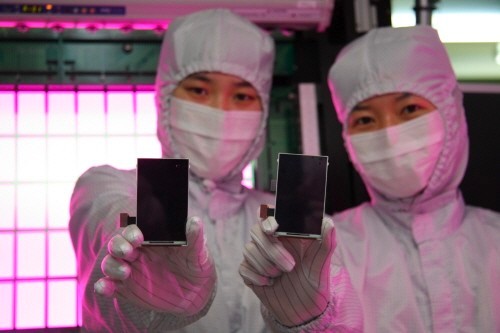 It will actually use up 25% less battery than previous Super AMOLED formats. The new screen uses phosphorescence, which gives the name PHOLED, compared to the fluorescence used on previous panels. This means we’ll get more battery life out of the Galaxy S IV and the same report talks about the idea of touchless gestures, something like the Air View of the Galaxy Note II, only without pen.

The idea is to use the finger instead of the pen in order to preview a gallery item by hovering the finger over it. We remind you that the Galaxy S4 will debut on March 14th during a special event in New York and we’ll be ready to write a piece immediately after it’s completed, will full details.