After a period of speculation regarding Samsung Galaxy S IV’s arrival in May, we had some rumors about its debut in March and now yet another source places it in April this time. The folks of Phone Arena scored some inside info on the device, saying that the phone will come in mid April. 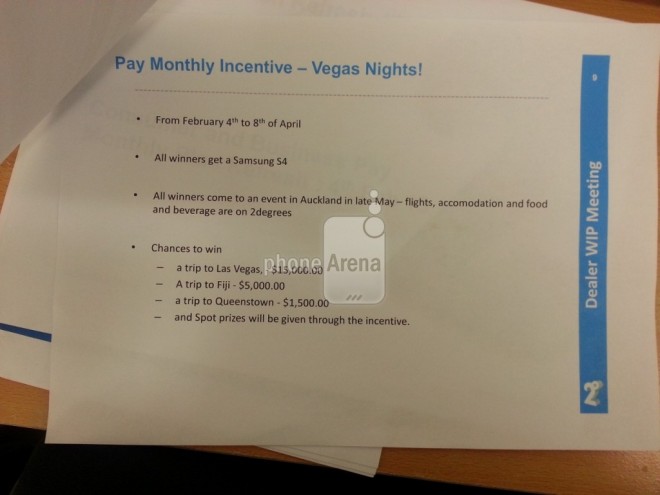 Samsung supposedly expects to sell more S IV units than the S III, so they may even reach as high as 50 million devices. The details that are 100% known so far and confirmed are the codenames, Altius and GT-I9500, plus the availability in black and white. We’re also apparently sure about the 2600 mAh battery on board and there should also be a wireless charging kit bundled with it. Rumors claim that the Galaxy S IV will feature an Exynos 5 Octa (8 core) CPU, a Mali T658 GPU (8 core) and a 4.99 Super AMOLED Full HD display.

Other specs include a 13 megapixel camera with Full HD video capture, a 2 MP front camera and Android 4.2.1 Jelly Bean out of the box. More info and leaks are expected over the following days. Now all we need is the price tag of the device. Any expectations here?